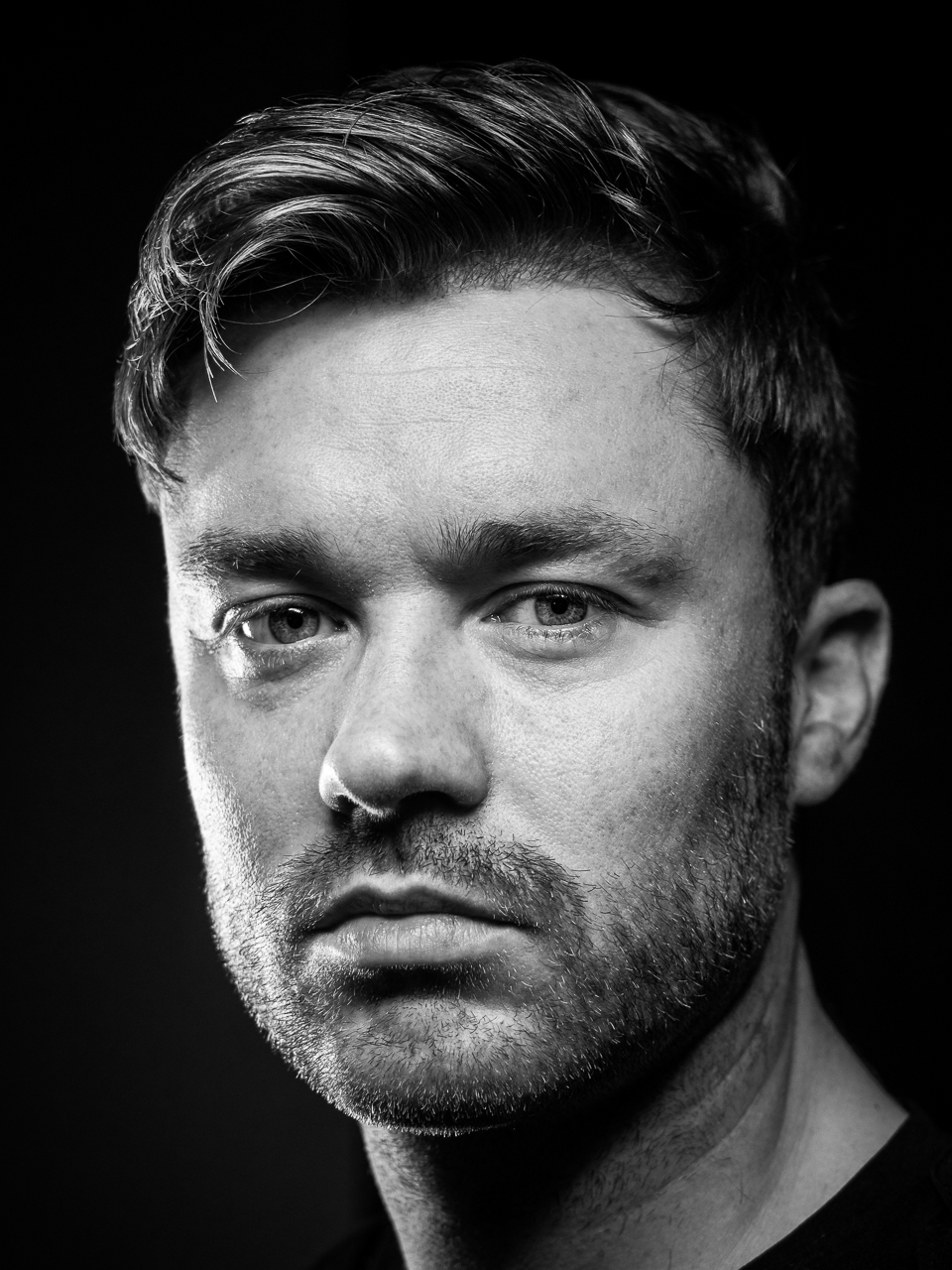 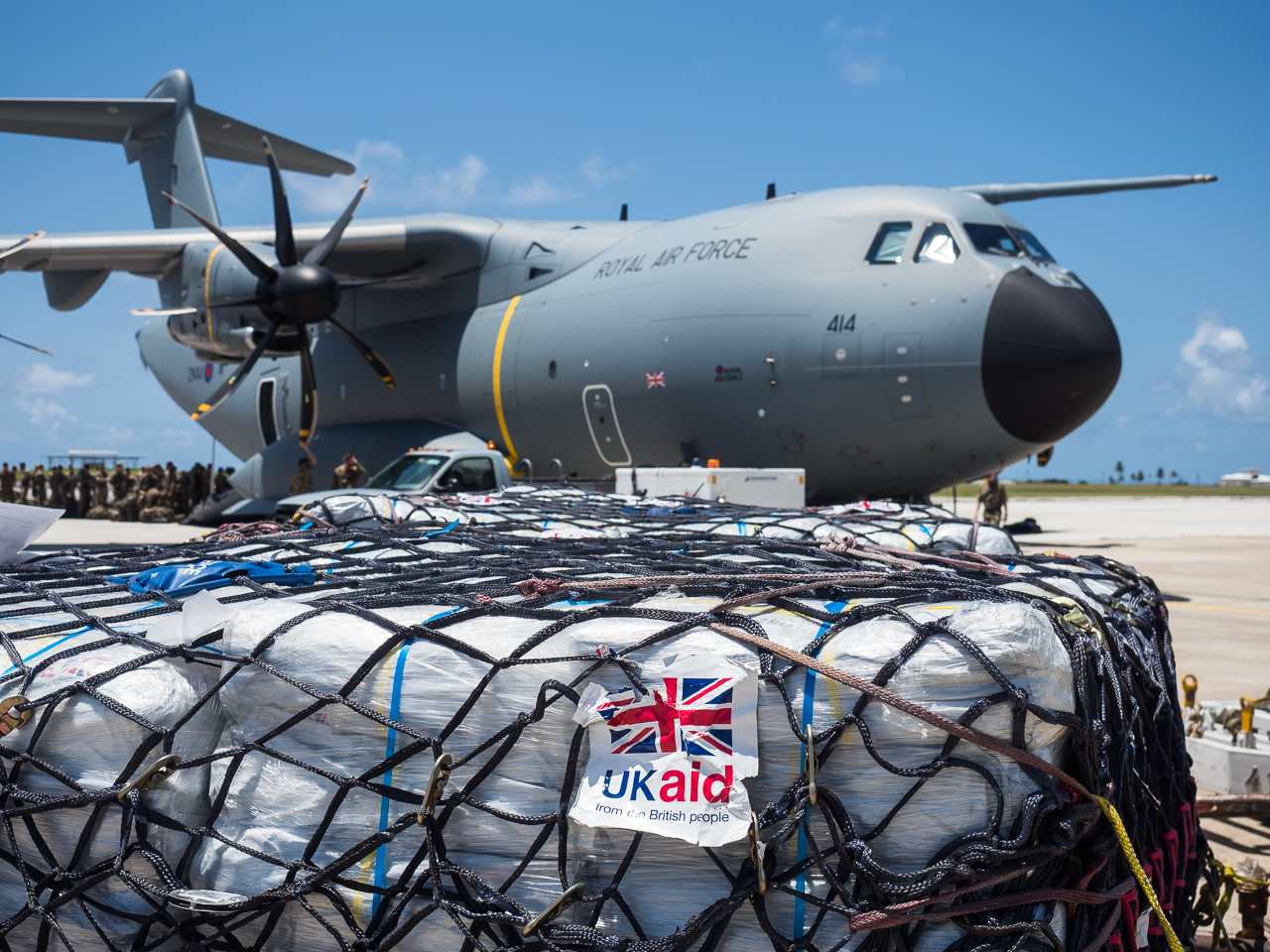 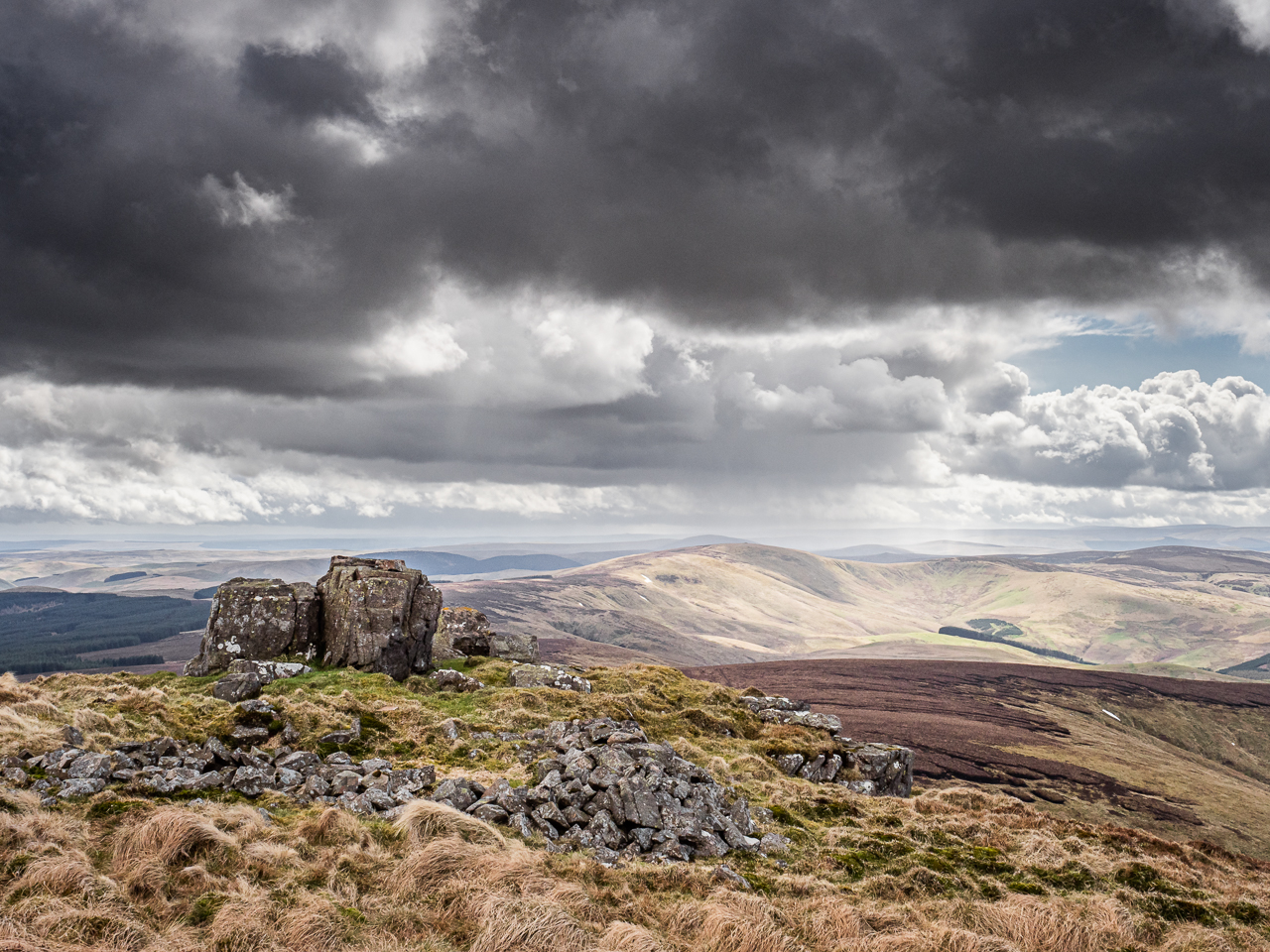 14 Feb A South Downs rehearsal for the Pennine Way

The sun rises above Clayton Holt.[/caption] When planning a travel photography job, preparation is important - especially for something as challenging as the Pennine Way, which I'll be tackling in April. I've spent more than enough time in mountains and on long-distance trails like the Annapurna Circuit and West Highland Way to know that nothing can be left to chance. That's especially the case where kit is concerned, and no less so for cameras than for boots, bivvy shelters and backpacks. I've not had much of a chance to get hands-on with my camera - an Olympus OM-D E-M1 Mk II - so far this year, so I took the opportunity of a frosty Saturday morning to take it on a traipse through the South Downs National Park. My aim was as much to escape London as it was to re-engage my creativity.
Read More 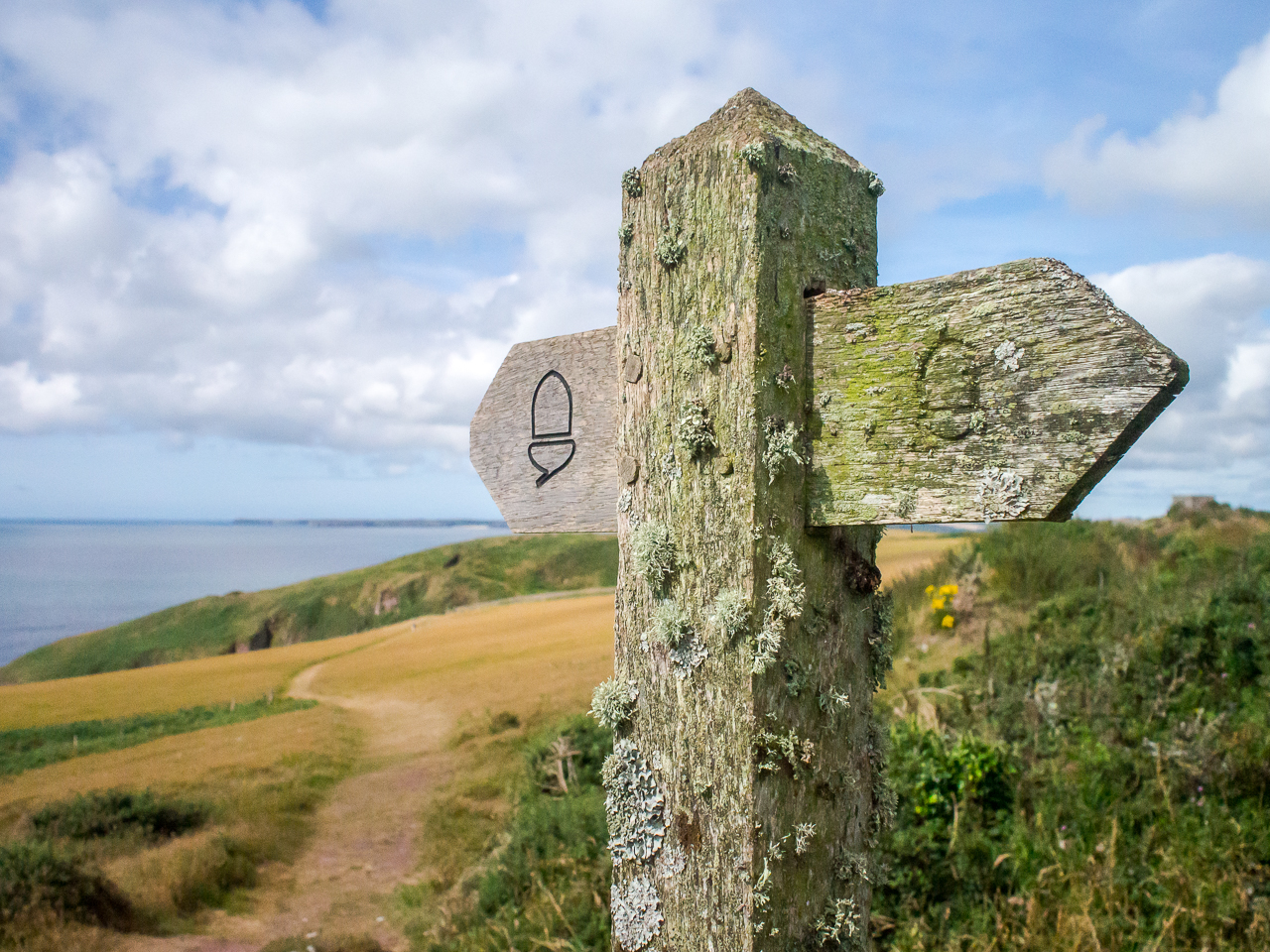 Vineyards and landscape seen from Bodegas Vivanco in Briones, Spain.[/caption] Travel photography and writing have taken me to some wonderful places - from the mountains of Nepal to the chalky clifftops of the South Downs and stormy Scottish coastlines, I have been lucky to see places that live in my heart and mind - and to make landscape photography along the way. Few have as strong a hold over me as Rioja, a region of Spain whose wines have long been among my favourites. Back in September 2014 my then fiancé and I visited, partly so that I could make travel photographs for Pride Life magazine - partly so that we could simply soak up some sunshine away from a dreary British autumn. We started our trip in Bilbao, the largest city in the Basque Country (of which Rioja is the principal winemaking region). Basques are a famously independent people, and around Bilbao it’s hard to escape outward signs of the region’s autonomy. As cultural as it is political, autonomy is reflected in the widespread use of the Basque language and the Union Jack-like orange, white and green ikurrina flag. When we visited, saltires uttered alongside the ikurrinas, a reminder of our own country’s debate over independence and identity as Scotland went to the polls for an independence referendum.
Read More

Boudhanath Stupa, Kathmandu.[/caption] In 2013 I proposed to my now husband following an arduous trek along the Annapurna Circuit high in the Nepalese Himalayas. After two weeks surrounded by pristine, paper-white peaks soaring into powder-blue skies, making travel photography of quiet villages and immense vistas, even something as wonderful as our engagement now seems almost secondary to the adventure that went before it. The Annapurna Circuit winds through some 150 miles of Nepal’s most stunning mountain scenery and includes one of the highest points to which it’s possible to trek without climbing gear. We travelled in November, after the main tourist season and before snow and ice make the higher parts of the trek more technically challenging, using the superb Lonely Planet Nepal guide.
Read More

A walker approaches the Seven Sisters, a famous chalk cliff
formation in East Sussex, England, from nearby Seaford Head.[/caption] I’ve written often enough about how much I love landscape photography in stormy weather. The challenge of capturing the drama of a good storm, or emphasising the threat from glowering grey clouds, is enough to get me out of the door in the worst possible conditions. Every so often, though, I have to settle for sunshine and clear skies – exactly the conditions I enjoyed during a recent walk from Seaford to Eastbourne on England’s south coast. It was a chance to enjoy some of England’s best coastal views, a new lens, and a few unexpected visits from a masterpiece of British engineering.
Read More

A boardwalk stretches across shingle to the horizon beneath clear blue skies at Dungeness.[/caption] Few places demand repeat exploration with quite the force of Dungeness. This peculiar wilderness on the coast of Kent combines eerie desolation, good food and spectacular biodiversity. It’s a gift of a place for anyone interested in wildlife photography. And I’m hooked. Dungeness is a triangular outcrop of shingle by Romney Marsh in Kent. It’s reasonably easy to reach by road – less so if, like me, you’re dependent on public transport. A train via Ashford to beautiful Rye gets you close, before a short bus ride takes you to the quiet little garrison town of Lydd. The nearby artillery range reverberates with the occasional crump or thud, adding to Dungeness’s otherworldly air as you walk past acres of rich farmland to the shingle beach.
Read More

Wrecked vehicles and buildings in Roadtown, the capital of the British Virgin Islands, following Hurricane Irma.[/caption] In 16 years of Royal Air Force service, regular and reserve, I have served in Afghanistan, throughout the Middle East and at various spots in Africa and beyond. None of this prepared me for what I found when I deployed to the Caribbean on 8 September – at 12 hours’ notice – to support the UK’s massive humanitarian aid and disaster relief operation in the wake of Hurricane Irma. Irma – a violent, Category Five hurricane – cut a swathe through the region in early September and was followed within a fortnight by Hurricane Maria. Hard as I tried, my photography could scarcely capture the sense of loss and devastation the islands suffered. My deployment took me to countries throughout the Caribbean, where I had to help record the story and the relief effort. The British Virgin Islands (BVI) linger in my mind for many reasons. Hurricane Irma stripped BVI’s trees bare, tore rooves from sturdy houses and lobbed cars, cargo containers and aircraft around like Matchbox toys. This was formerly a place of rolling green hills and neat houses, turned into a traumatised wasteland painted in shades of brown and grey.
Read More