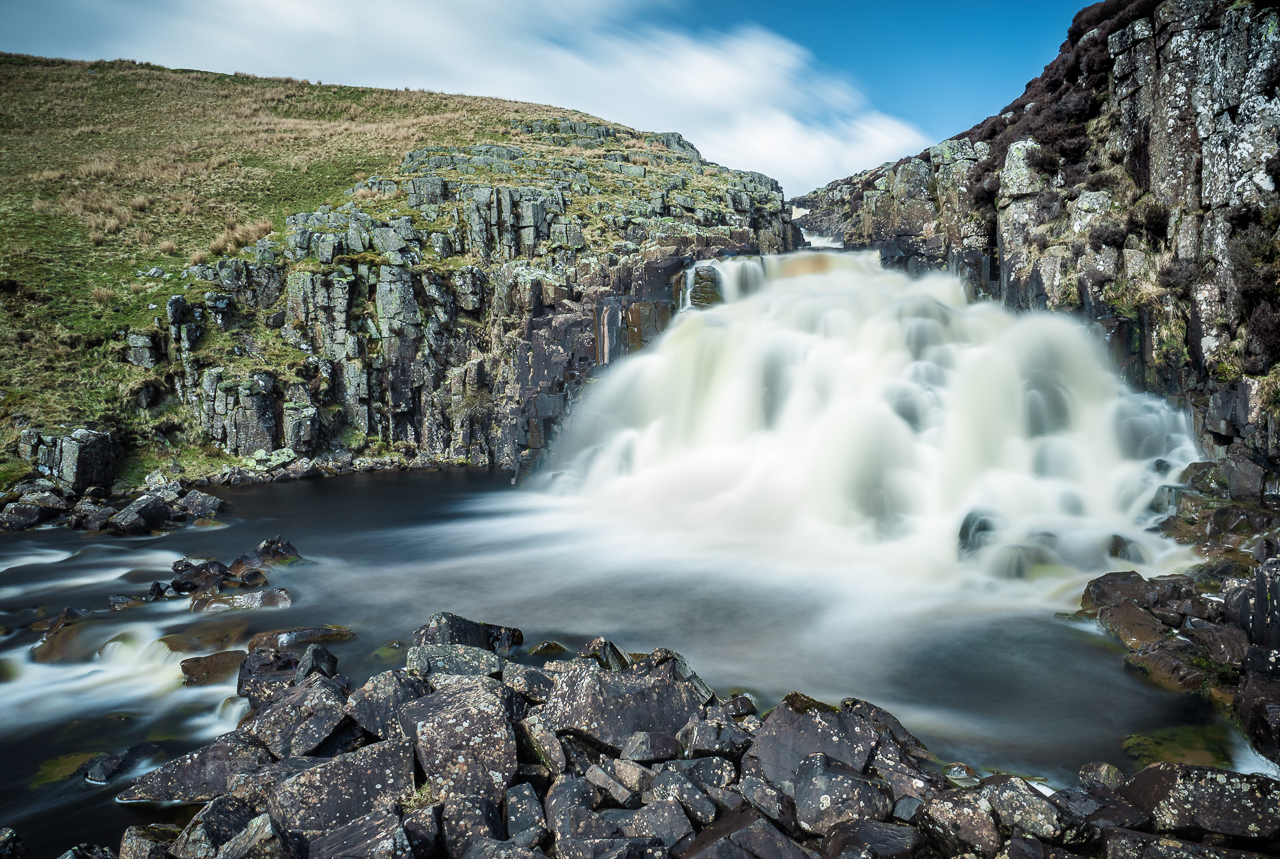 Posted at 19:18h in Photography, Travel by Andy Wasley 0 Comments 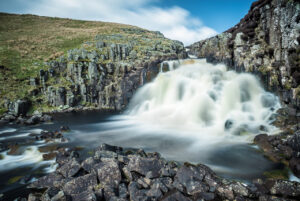 Cauldron Snout, a waterfall on the River Tees alongside the Pennine Way long-distance footpath in County Durham, UK, on 21 April 2018.

The last few months have been pretty fraught, as I have been supporting the Royal Air Force’s 100th anniversary celebrations. It was a full-on job, and left me little time for travel photography. So I hope you’ll forgive the long silence since my last blog post – especially since that long silence covered one of the most challenging journeys of my life: the Pennine Way.

I’ve written at length about the Pennine Way for Let’s Explore magazine, an independent photo magazine currently in pre-sales. You should definitely buy a copy – along with my article and pictures there are 28 other stories and masses of travel photography to explore, and you’ll be supporting a superb start-up publisher with your spare pennies. Pay a visit to the brilliant Emulsive.org site for an interview with Let’s Explore’s editor, Kilian Idsinga.

Without stealing a march on Kilian’s new issue, here I’m going to take a look at just one of my Pennine Way pictures. Cauldron Snout is a huge waterfall on the River Tees, and I reached it on day 11 of a 16-day walk, feeling roundly pissed off with everything. That morning I’d had a falling-out with my Dad, having forgotten to send him a message for his 70th birthday (the falling-out was more in my mind than in reality, thankfully). I was also carrying an excruciating bruise on my right heel, and as I found myself limping along broken boulders by the River Tees I was starting to wonder if the whole trip was worthwhile. 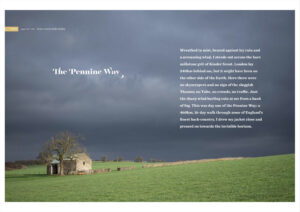 All doubts were stilled by Cauldron Snout. I heard it long before I saw it: a distant hush swelling to a violent roar as it came into view. It’s a beast: a churning cascade of peaty water, churned white over slick black rocks. I decided to take time to appreciate it, and set up my camera for a series of long exposures. This is the kind of experience that makes travel photography worthwhile.

Long exposures demand concentrated attention and patience – perfect behaviours when you wish to appreciate something as startling as a huge waterfall. I scrambled out to a precarious ledge overlooking the waterfall and balanced my camera – the thankfully waterproof Olympus OM-D E-M1 Mk II – on a rock. By controlling it from my iPhone I could avoid making even the slightest movement while it exposed. Between a series of 15-, 30- and 60-second exposures I had plenty of time to stare into the waterfall’s fury – time to feel small, to recover my morale and to realise that the whole point of the Pennine Way is that it’s tiring. That exhaustion is what makes scenes like Cauldron Snout rewarding. To be sure, you can appreciate the waterfall by visiting it on a day-trip, or looking at a photograph. But to really appreciate it, it helps if you’ve walked nearly 180 miles to reach it.

I used to shoot most of my work in black-and-white, either using black and white film or post-processing. Increasingly I shoot travel photography in colour – but this picture seemed to demand black-and-white processing, the better to emphasise the sharp lines of the rocks, the darkness of the River Tees and the stark whiteness of the cascade. Looking at it, I still feel a little tearful as I remember the wearying trail before it, and the days of hard work to follow.

Manage Cookie Consent
I use cookies to enable some essential features on my website. I also use cookies to track website statistics and for marketing purposes; please indicate if you are content to receive these optional cookies.  If you'd like more information about how I protect and use your data,
Manage options Manage third parties Manage vendors Read more about these purposes
View preferences
{title} {title} {title}