24 May Journey’s end – and all about film

Lowestoft Ness on PAN-F in Rodinal 1+50[/caption] On Monday 22 May at 0810, I stepped on to a half-submerged concrete jetty in Lowestoft, Suffolk. Awash with seawater and slick with seaweed, this tiny walkway is the easternmost point in Great Britain – and journey’s end for my trip to the four extreme points of the mainland. I looked out to a glittering horizon beneath the blazing sun as my trusty OM-4Ti’s timer beeped behind me. At 0815 the shutter clicked, setting the seal on a personal project that has seen me travel nearly 2,200 miles by road, rail, foot and flight. Many of the pictures I’ve posted about this project so far have been digital, but my chosen medium for the actual project was film – specifically Ilford PAN F, a low-speed, fine-grain black and white film. 35mm film was the dominant photographic medium for much of the 20th Century, and most readers will remember having used it for holiday snaps at some point. For a film enthusiast, though, the attachment to the medium runs a little deeper than holiday snaps, and it involves quite a bit more thought.
Read More 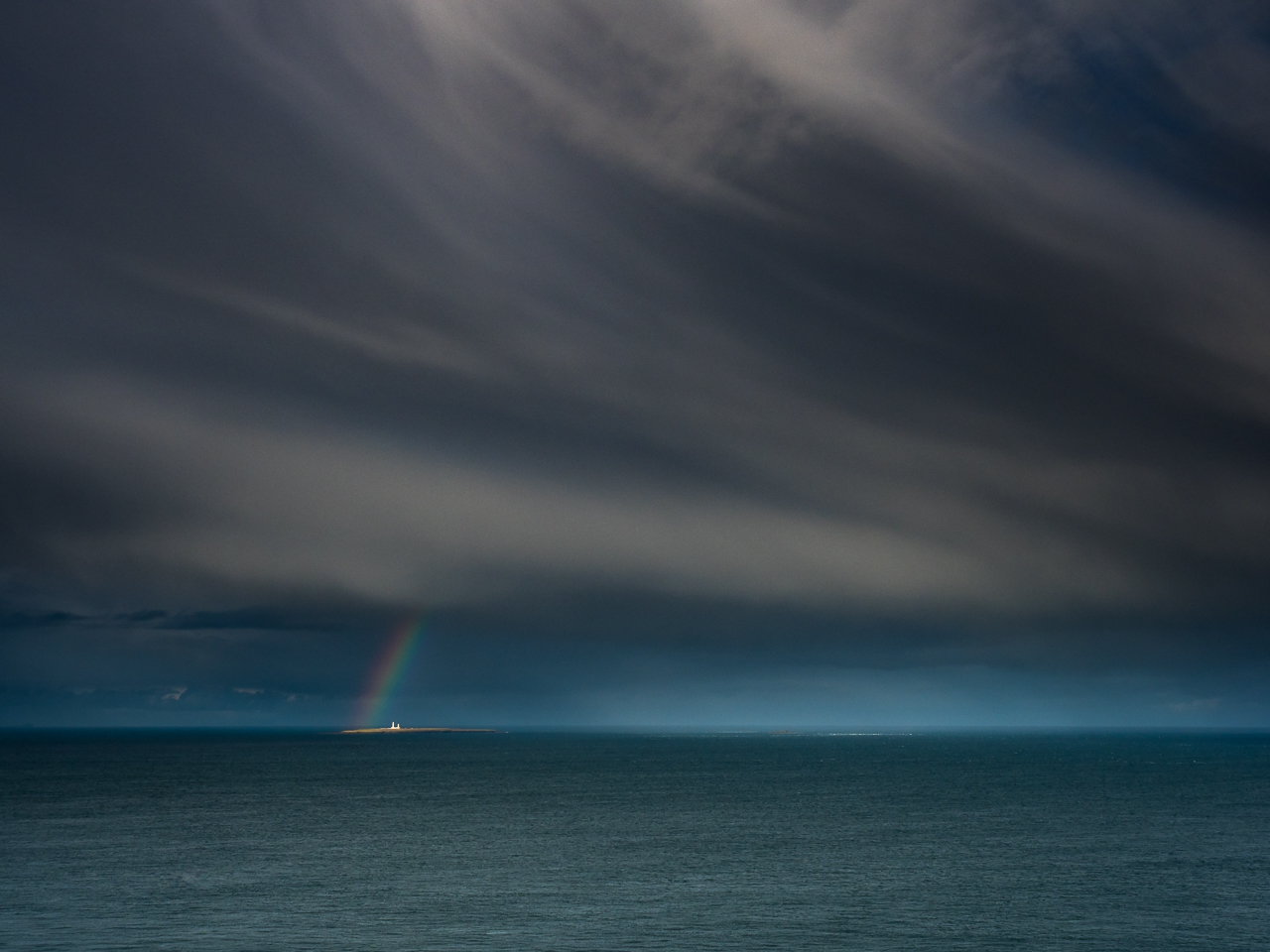 14 May Good news from the Association of Photographers

13 May Silver linings in Scotland’s north

A rainbow frames Muckle Skerry Lighthouse in the Pentland Firth, near John o' Groats, Scotland.[/caption] The next stage in my personal photography project took me to the northernmost point on the British mainland: Dunnet Head, a storm-lashed promontory in the north of Scotland. For landscape photographers the whole place is a gift: one proud white lighthouse, plunging cliffs and a handful of fall-down wartime buildings (more to follow on those…). Standing at the head of the cliffs near the lighthouse you can watch squalls passing through the Pentland Firth, half-concealing the Orkneys on the horizon. If you and your camera are suitably weatherproof, you can wait for them to make landfall. I shoot with an Olympus OM-D E-M1 Mk II, which is more than capable of withstanding the elements - essential for making the most of passing storms. Stormy weather can seem soul-sapping at its worst, but it’s often worth hanging about to see what it can deliver. After visiting Dunnet Head I headed - via the wonderful Dunnet Bay Distillery - to Duncansby Head, the northwesternmost point of Great Britain (close to John o’ Groats). After a few hours of dull, watery light I noticed a storm blowing towards me, away from the sun and out to sea: perfect rainbow conditions. A quick sprint back to the lighthouse - fumbling a polariser on to my lens on the way - rewarded me with some truly magnificent views of rainbows drifting towards the horizon. These, I think, made every drop of rain worthwhile.
Read More
Manage Cookie Consent
I use cookies to enable some essential features on my website. I also use cookies to track website statistics and for marketing purposes; please indicate if you are content to receive these optional cookies.  If you'd like more information about how I protect and use your data, please visit my privacy policy page.
Manage options Manage services Manage vendors Read more about these purposes
View preferences
{title} {title} {title}